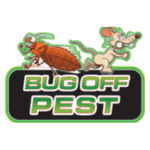 While stink bugs pose no threat to humans or their property, they are named as they are for a reason and can emit a pretty bad stink, so you probably don’t want them in or near your home. These odorous insects tend to become more common as temperatures drop in the autumn and winter, seeking out more comfortable temperatures like indoors.

As with many other pests like termites and ants, stink bugs usually enter homes in larger numbers, which makes them more difficult to get rid of once they’ve made themselves at home, which is why preventative measures are the best way of controlling them.

An important part of preventing stink bug invasions is understanding what draws them to your home in the first place.

As previously mentioned, most pests are like humans in that when the weather gets cold, they want a warm place with shelter for them. Also like most insects, stink bugs are attracted to light, so you may want to eliminate or reduce the amount of outdoor lights you have on and use curtains or blinds to keep interior lighting spilling to the outside at a minimum. Research has shown in particular that stink bugs seem to favor blue lights.

Stink bugs are also attracted to the pheromones of other stink bugs, who researchers say will often release a scent into the air when they’ve found a good spot to shelter.

These insects are herbivores, which means that if you have a lot of greenery or live in a rural or agricultural area, you’re likely to attract them as the weather gets colder simply because you’re in proximity to where they like to hang out naturally.

Perhaps before even getting into any of the other preventative measures you can take to keep stink bugs out and away from your home, the number one measure to take is to make sure any entry points are sealed off. Inspect the outside of your home closely for access points for stink bugs like cracks or holes in siding, around utility pipes, behind chimneys, and underneath windows, doors, and other openings.

For cracks and holes in the exterior of your home, seal them with a quality silicone or silicone-latex caulk. If your window screens or doors have holes in them, either repair or replace them—and don’t forget to check weather stripping for tears and loose mortars. If necessary, you can also install door sweeps.

While you’re at it, check for moisture buildup around your house in areas like leaking pipes and clogged drains. Eliminating moisture helps reduce all kinds of pest infestations—not just stink bugs. Consider using a dehumidifier in attic spaces, basements, garages, and crawl spaces, and make sure you have screens over your chimneys and attic vents.

Make sure that stink bugs don’t have a food source in your home by storing food in airtight containers and disposing of garbage regularly in sealed receptacles. You should also frequently clean countertops and floors to get rid of crumbs and residue from liquid spills.

Landscape properly around your home to give stink bugs less places to hide and reproduce by keeping your trees and shrubbery trimmed, and if you store firewood, make sure it’s at least twenty feet away from the house and five feet off the ground. Anything that you bring in from the outside—or your attic—like furniture, groceries, and holiday decorations should be inspected thoroughly to make sure there are no unwelcome travelers hiding inside that could be brought into your home that way.

Think Before You Squash Stink Bugs!

Your first instinct when finding a bug of any kind is probably to squish it, but if you see a stink bug, DON’T—when they’re threatened or killed, these nasty buggers release a nasty smell and taste from the sides of their bodies as a defense mechanism.

If they’re already inside your home, use a vacuum cleaner to suck them up and dispose of the vacuum bag immediately so the odor doesn’t seep into the area, as dead stink bugs can also leave a smelly odor in the bag that could stink up your home.

If you need further great information, feel free to contact our experts at Total Pest Solutions.